Sylvain is a tech entrepreneur who has worked in the tech industry for over a decade. He currently lives in Fort Lauderdale and provides PR services, such as ghostwriting, media pitching, and communication strategy for tech companies.

He is the Co-Founder of Holberton, an education company training the next generation of digital talent at scale. Holberton educates thousands of students in over 25 countries, hired by the best tech companies like Google, LinkedIn, Tesla, Apple, and NASA.

Before Holberton School, he joined SlideShare as a Software Engineer(SRE) to support the infrastructure that served 3 billion slides every month. LinkedIn acquired the company, where he worked as a senior software engineer. He co-founded while42, a non-profit organization that became the largest community of french software engineers, located in 40 cities with 3,000 members.

During his free time, he likes to write and travel. He loves challenges; he has won the best API usage prize at TechCrunch Disrupt, explored 25 meters deep Paris Catacombs, and climbed Mount Fuji at 3,776 meters. You can contact him at sylvain@kalache.fr. 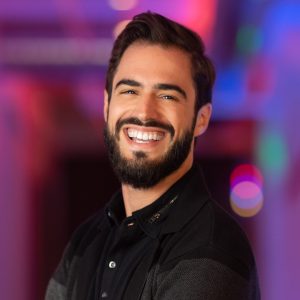 Sylvain writes about tech, entrepreneurship, and workforce development. You can find some of his stories below.